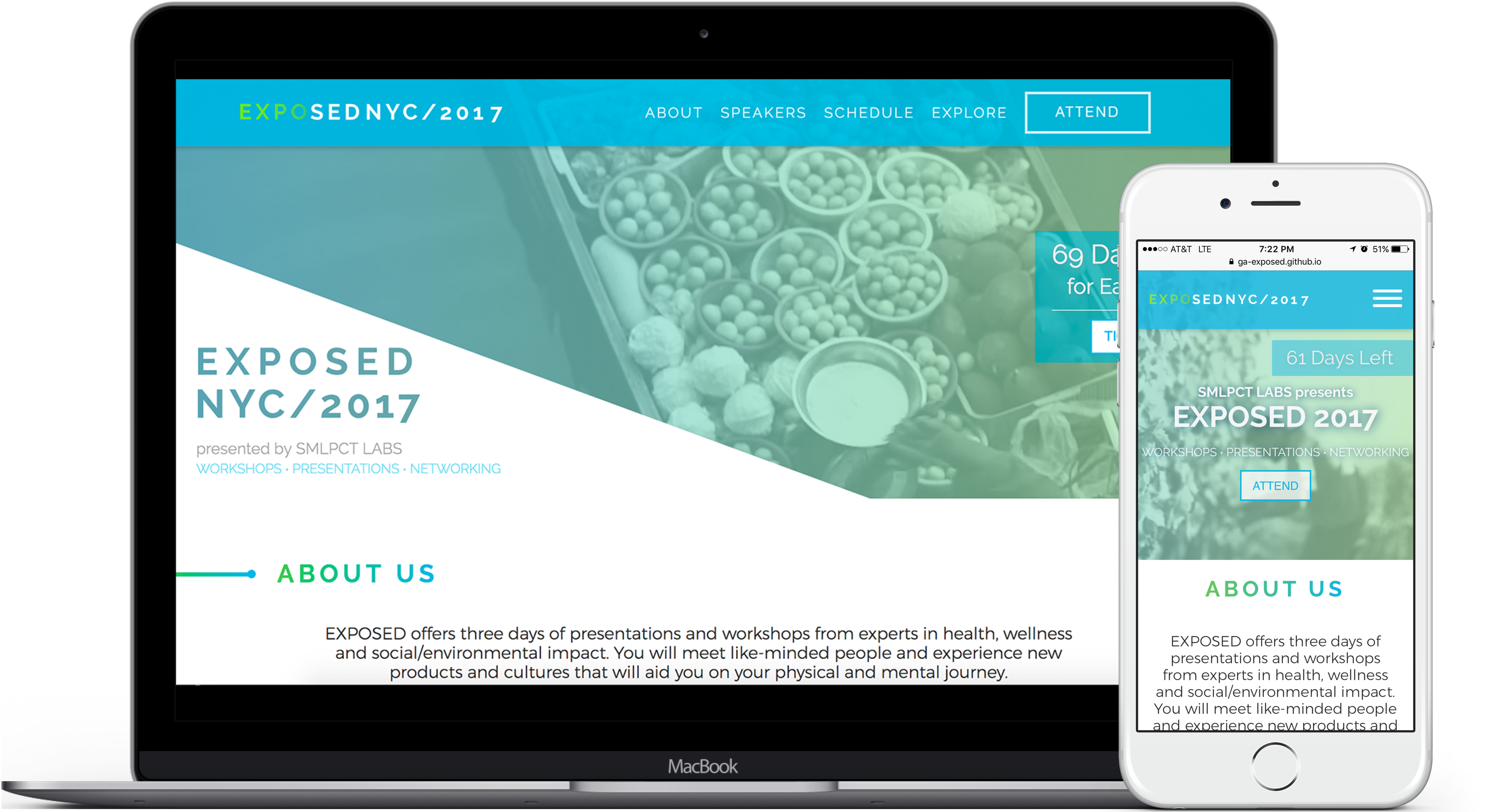 Exposed is a NYC-based 3-day conference focused on health, wellness, and environmental/social impact. The event is hosted by our client, SMPLCT Lab.

I acted as a Research Lead within a team of 5 UX Designers and 4 Developers in the timeframe of a 4-week design sprint.

How might we create a comprehensible site experience that emphasizes user-focused features for conference site users, measured by an increase in ticket sales?

We were tasked with designing and developing a responsive website for desktop and mobile devices for the Exposed 2017 conference.

After speaking with the SMPLCT Lab CEO, CTO, Partnerships Strategist, and Exposed Co-founder, we learned:

To expose the truth around food, nutrition, and the impact of what we consume has on our lives (mental/physical), and how that relates to society.

Through usability testing, we found that users spent significantly more time on the hero than the rest of the website. Utilizing a hero image allowed us to showcase the lesser-known brand as soon as the user landed on the site to grab attention, thus decreasing the bounce rate.

According to Nielsen Nelson Group, a continuous scroll is effective when content has a flat hierarchy. Based on business needs (sponsors on main page, location highlights) and varying user needs (location, speakers, agenda, price), the many site sections all carried similar weight, warranting a flat hierarchy. We also choose a sticky navigation to ensure the  user had ready access to all the sections. 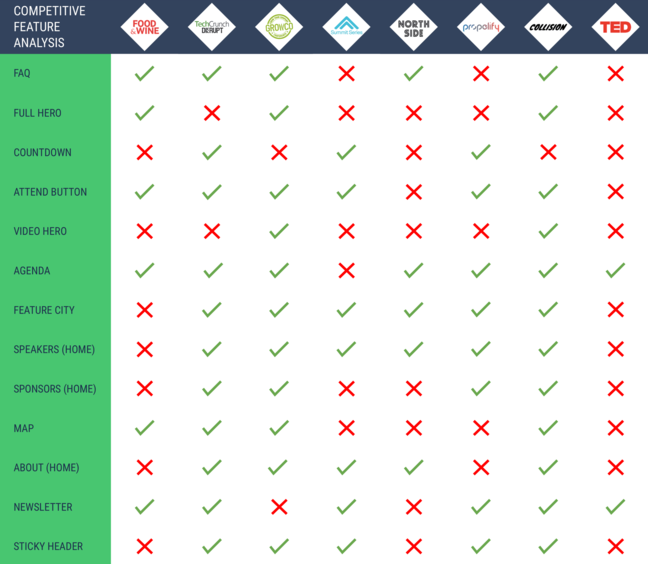 To find users to interview, we sent out a short survey targeting primary (attendees) and secondary (speakers) users interested in health, wellness, and/or social impact. 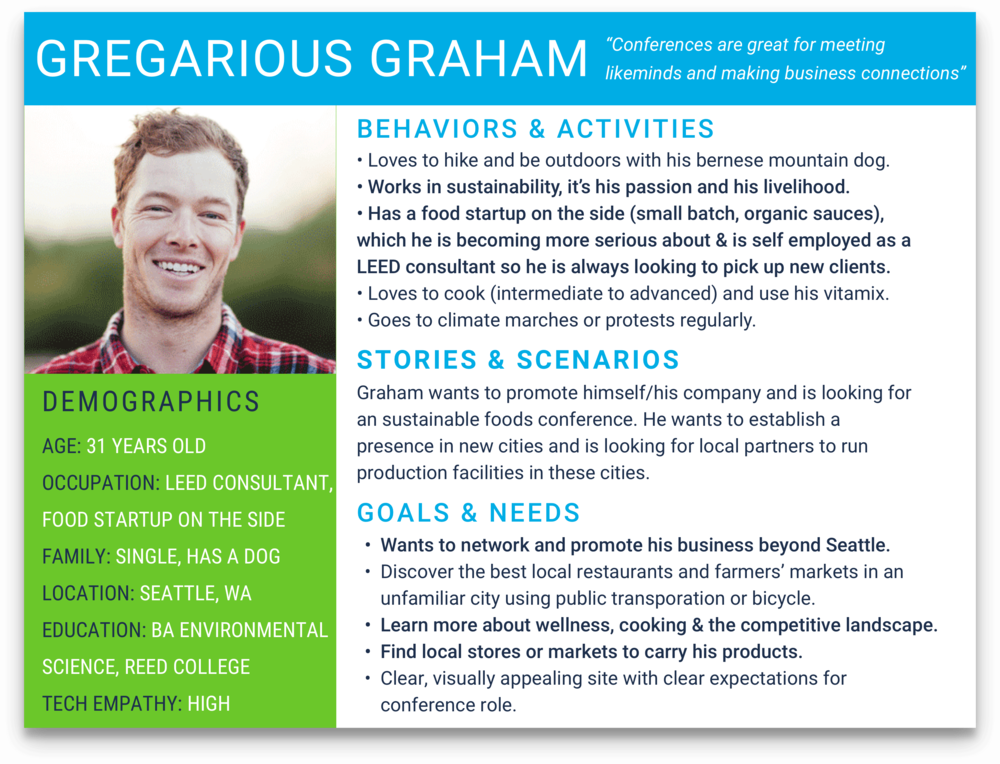 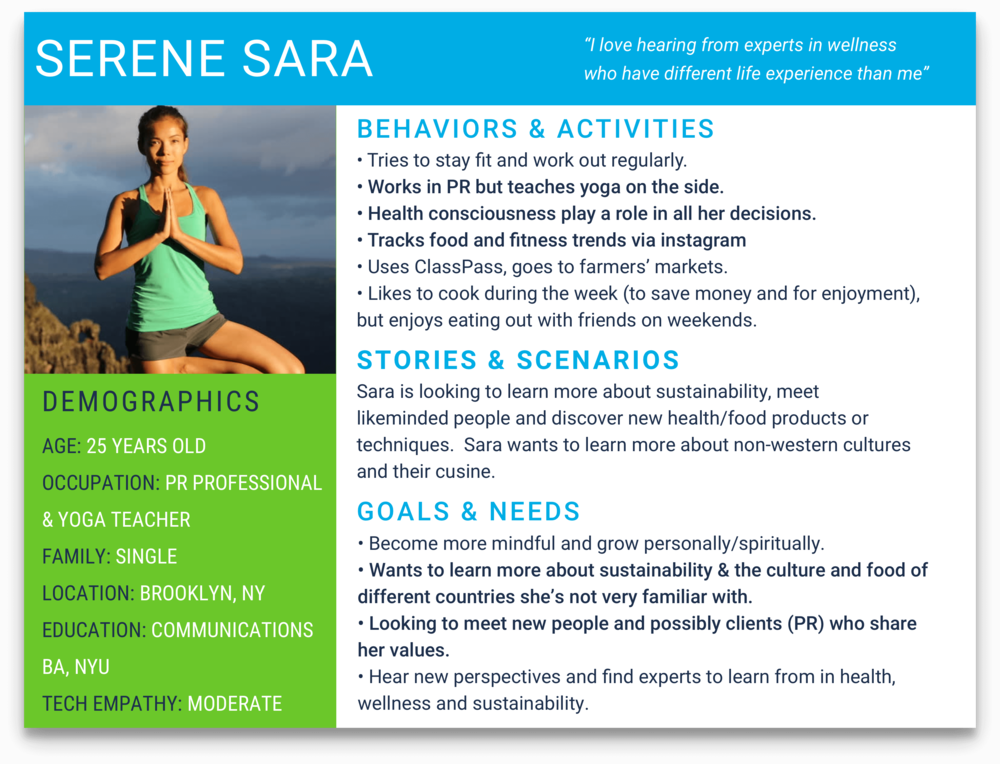 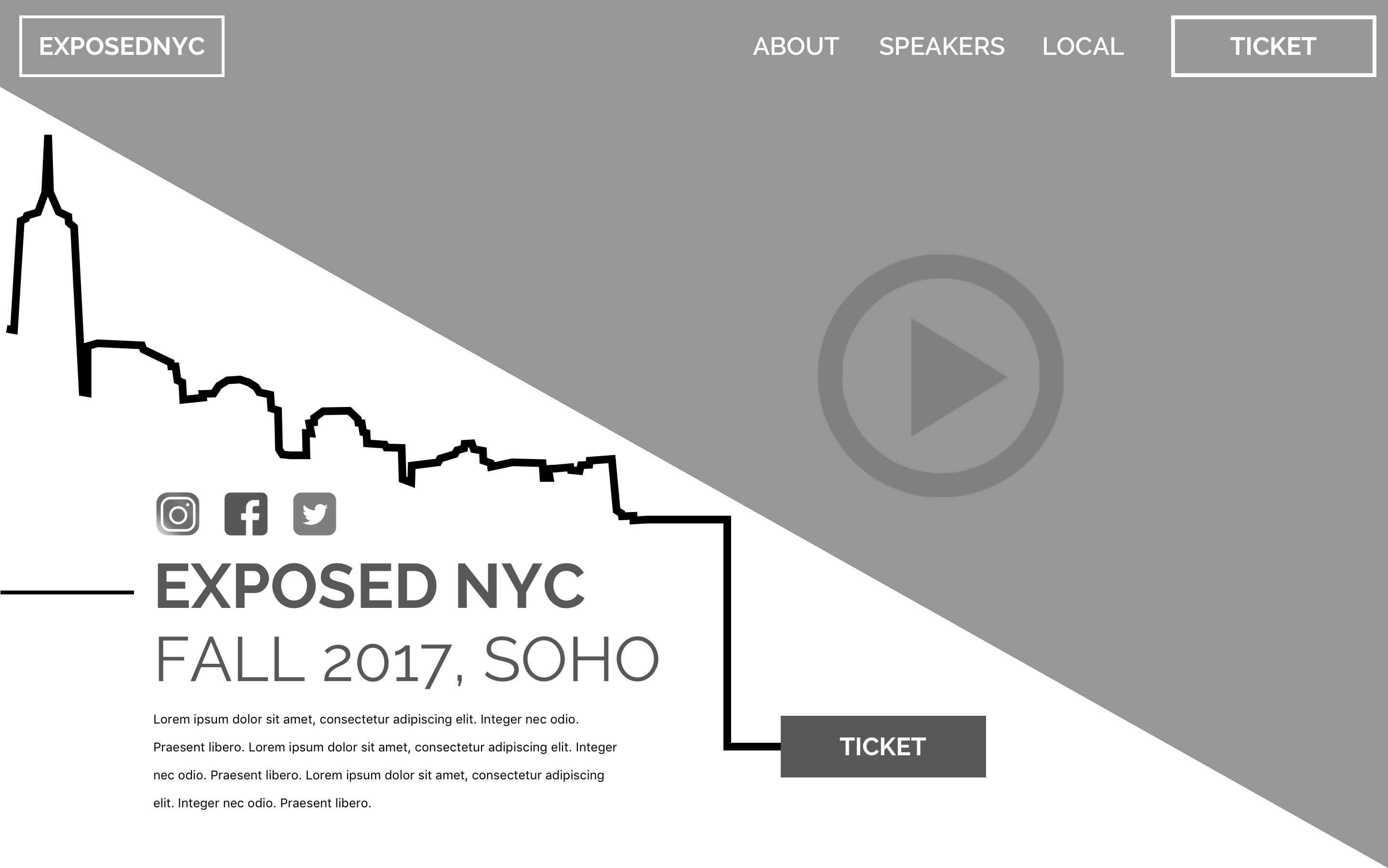 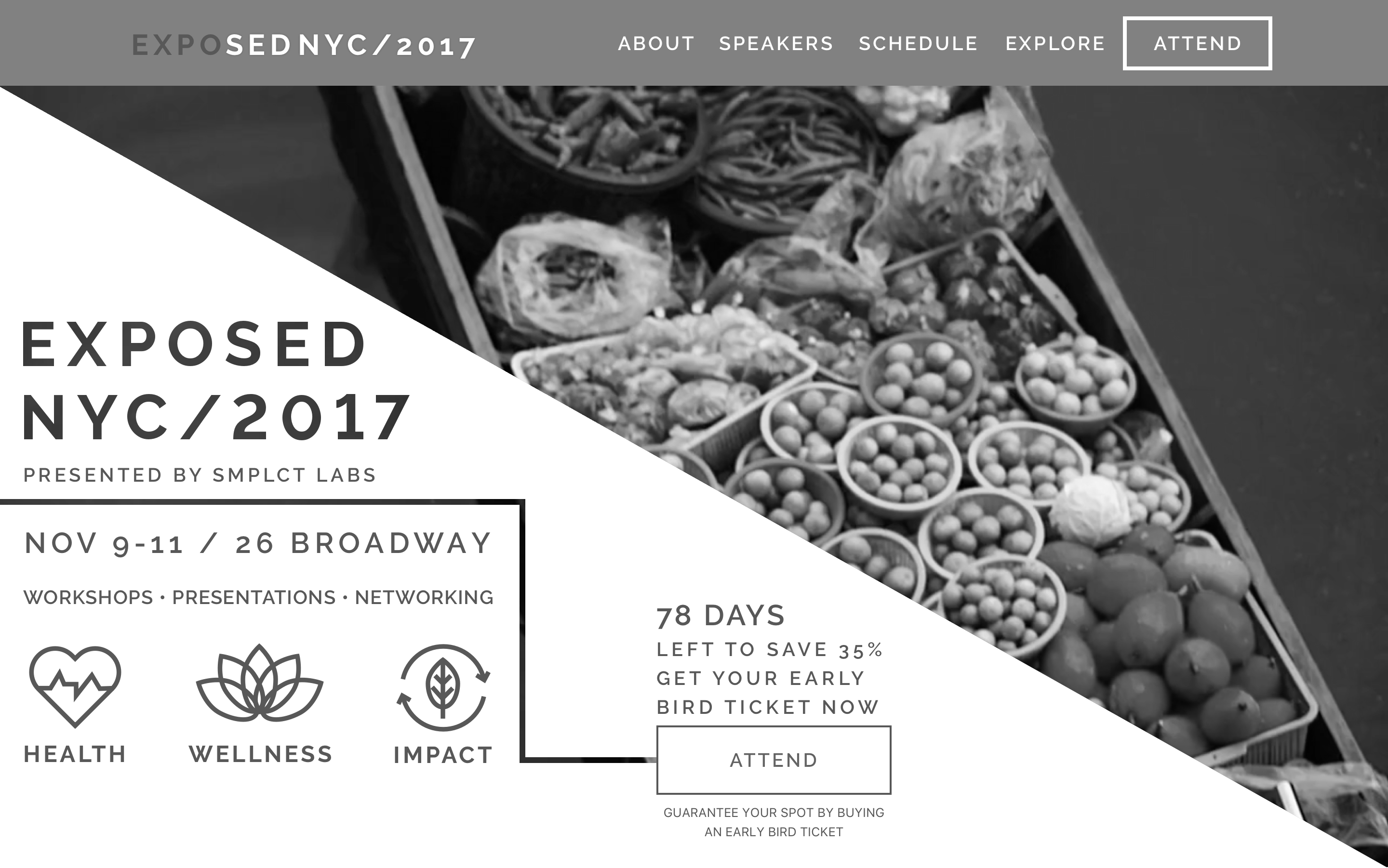 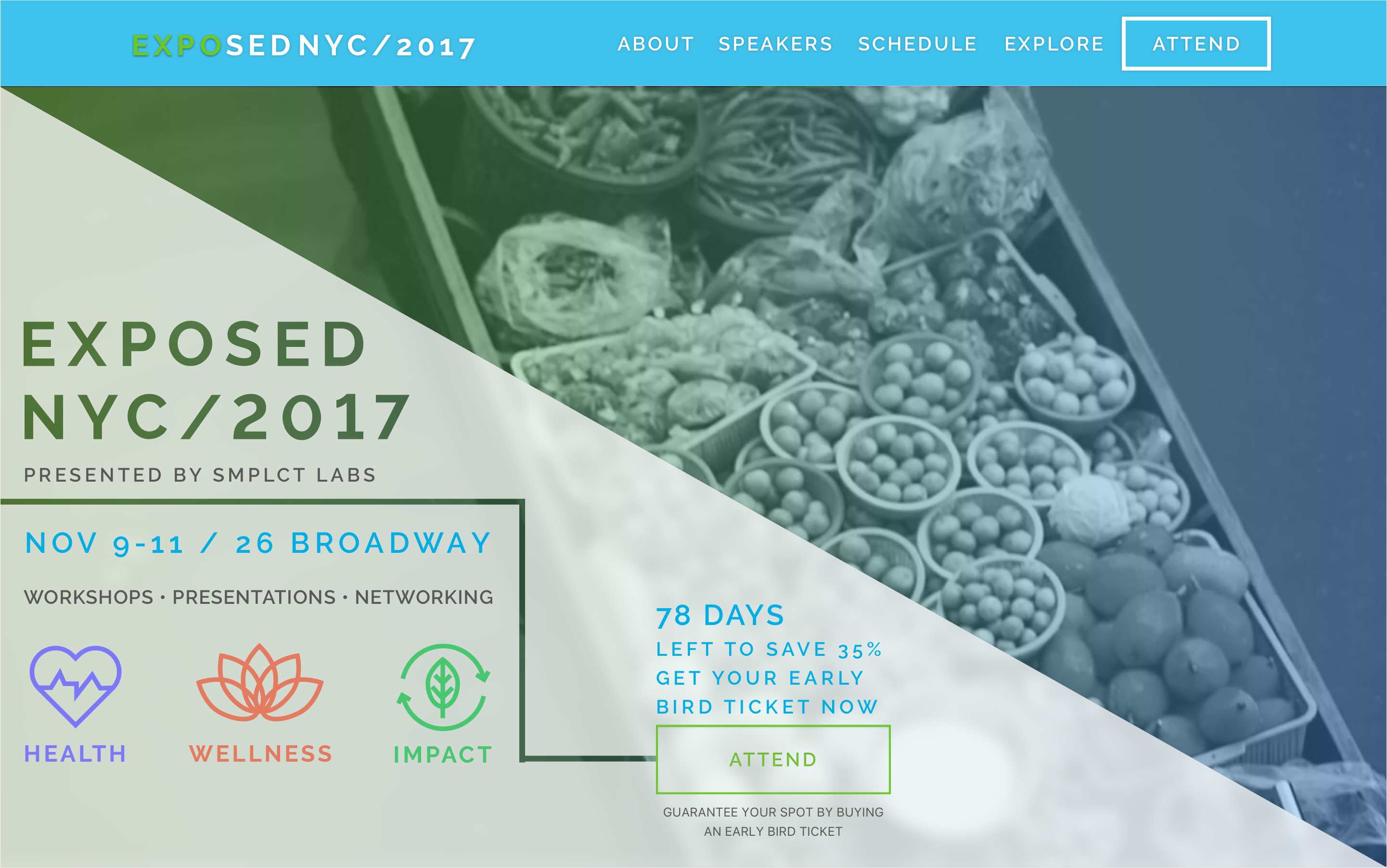 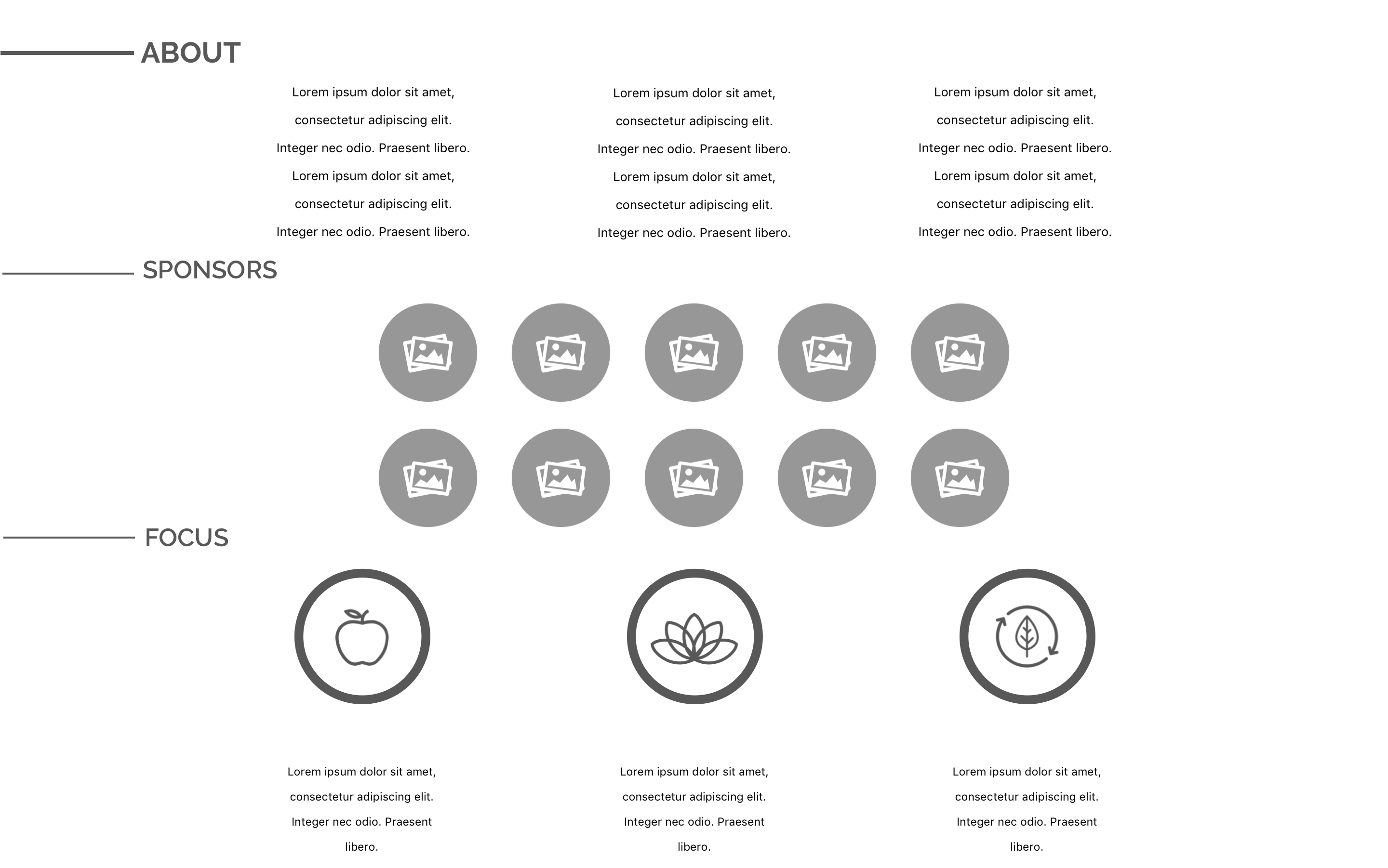 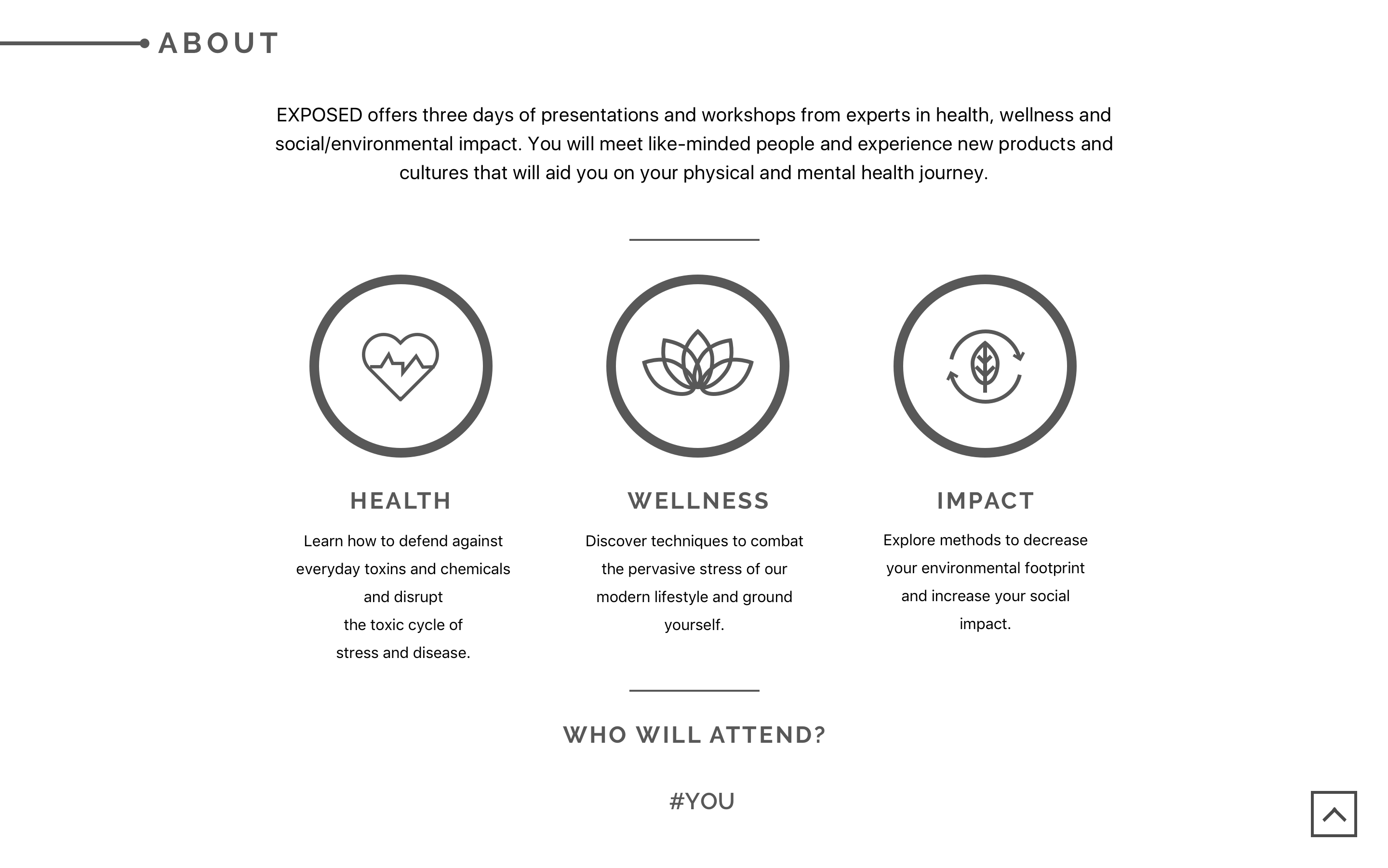 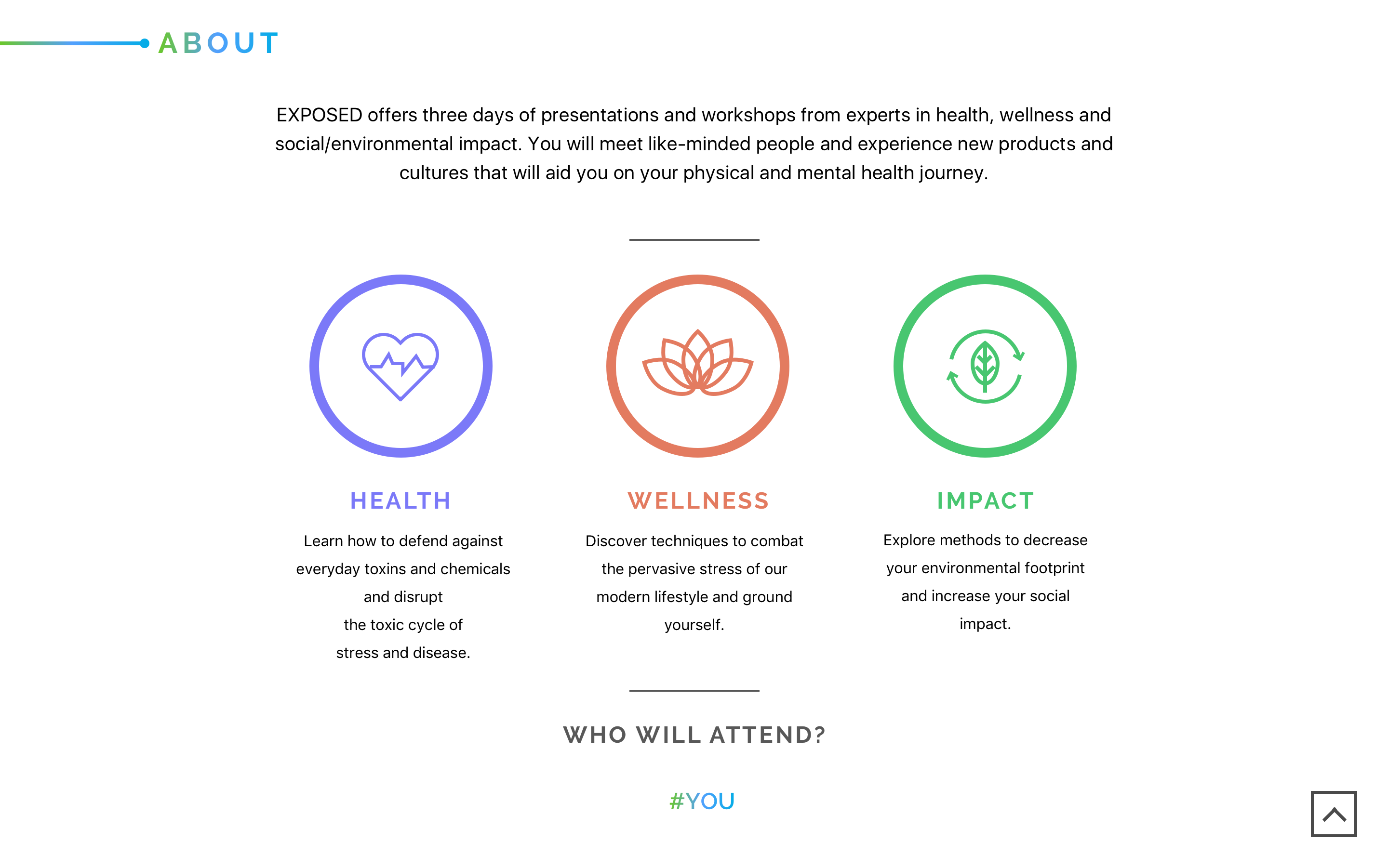 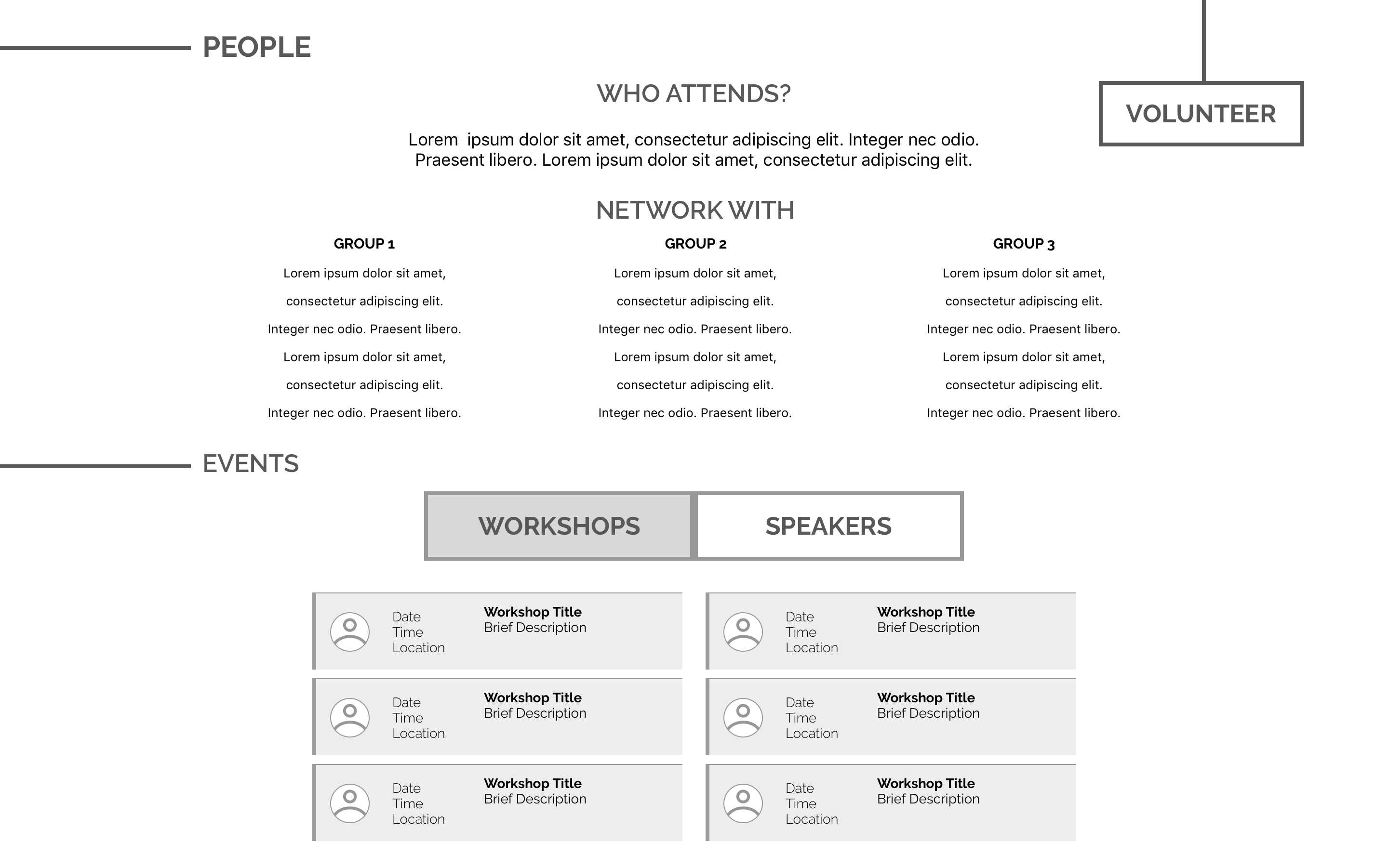 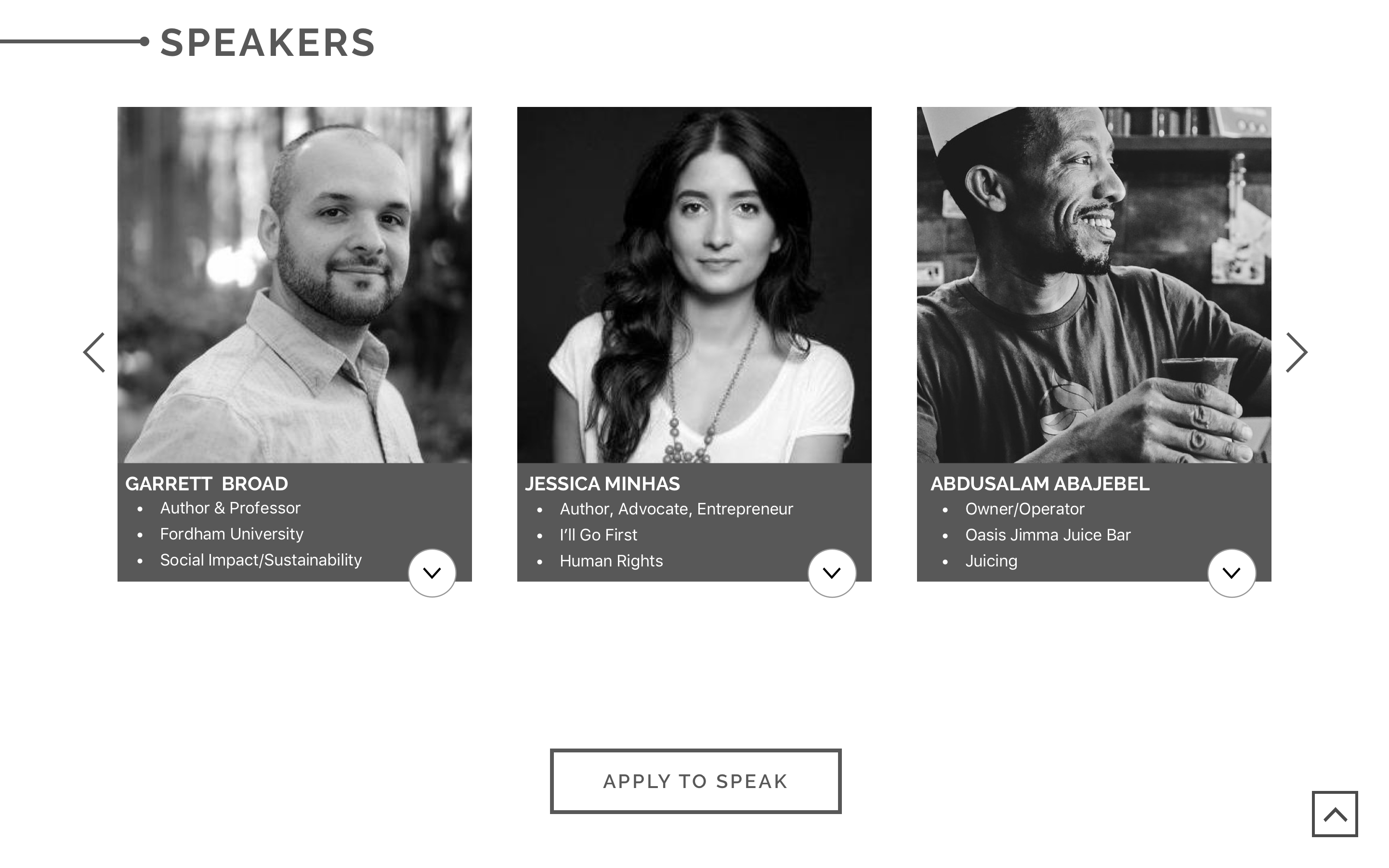 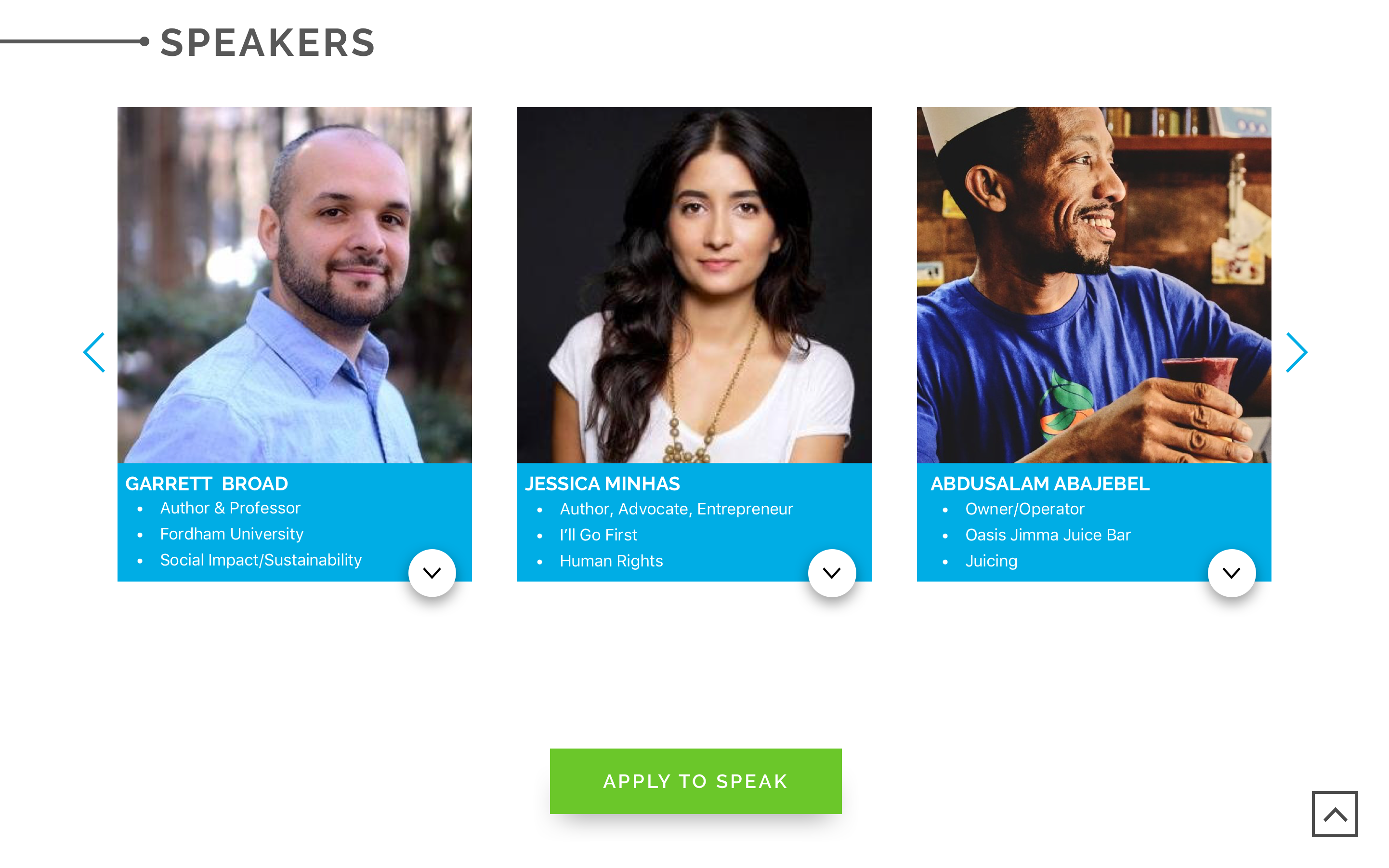 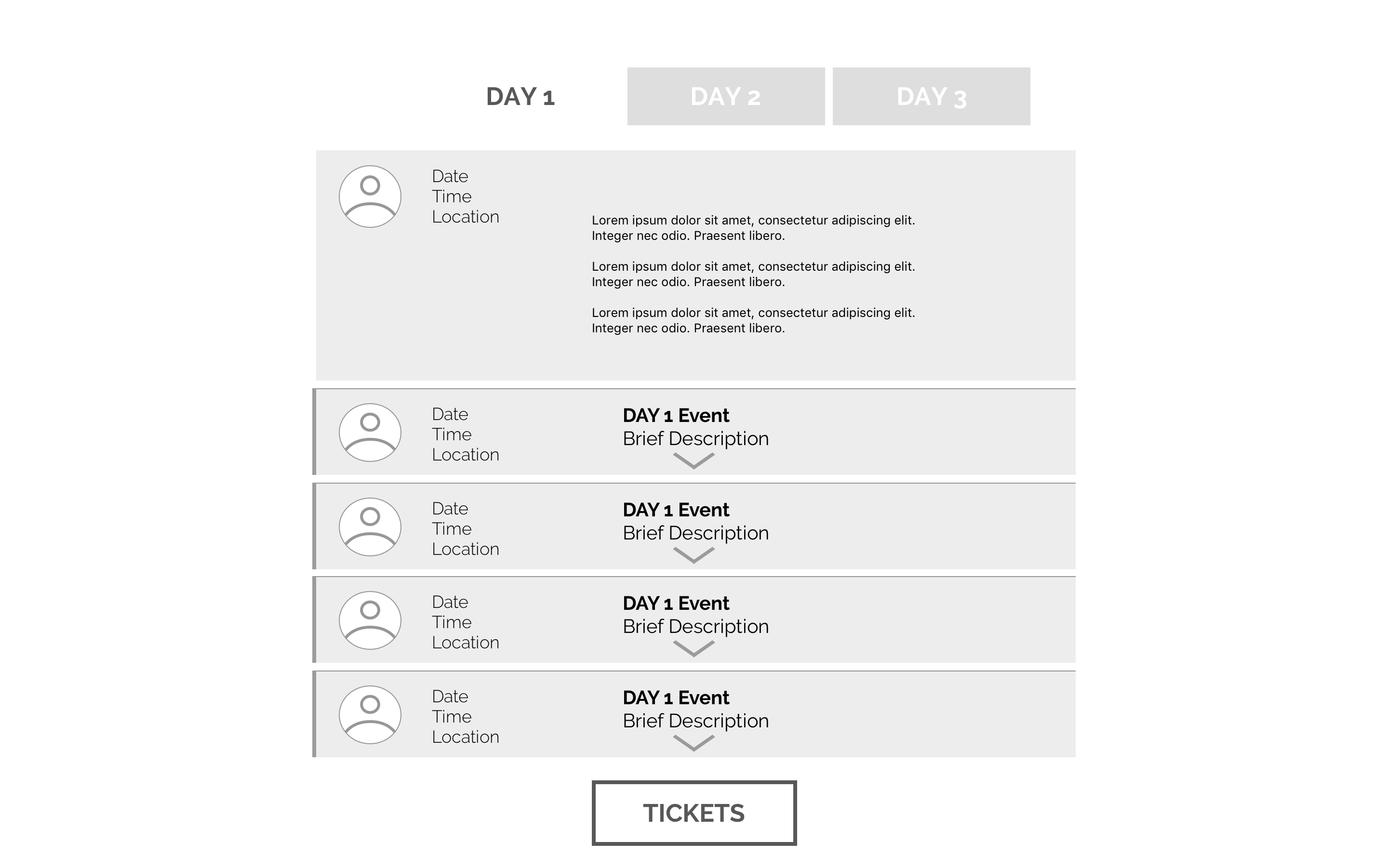 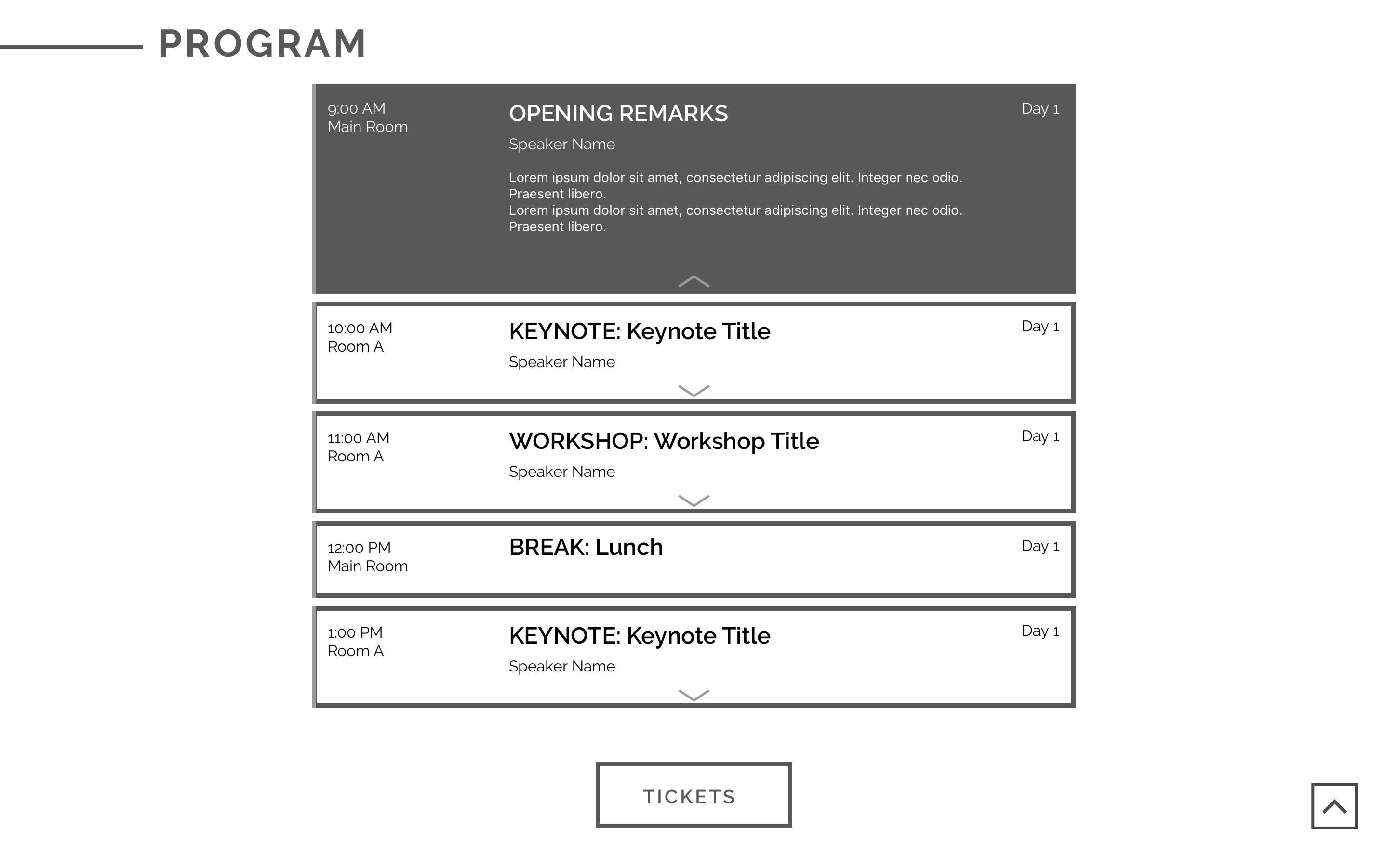 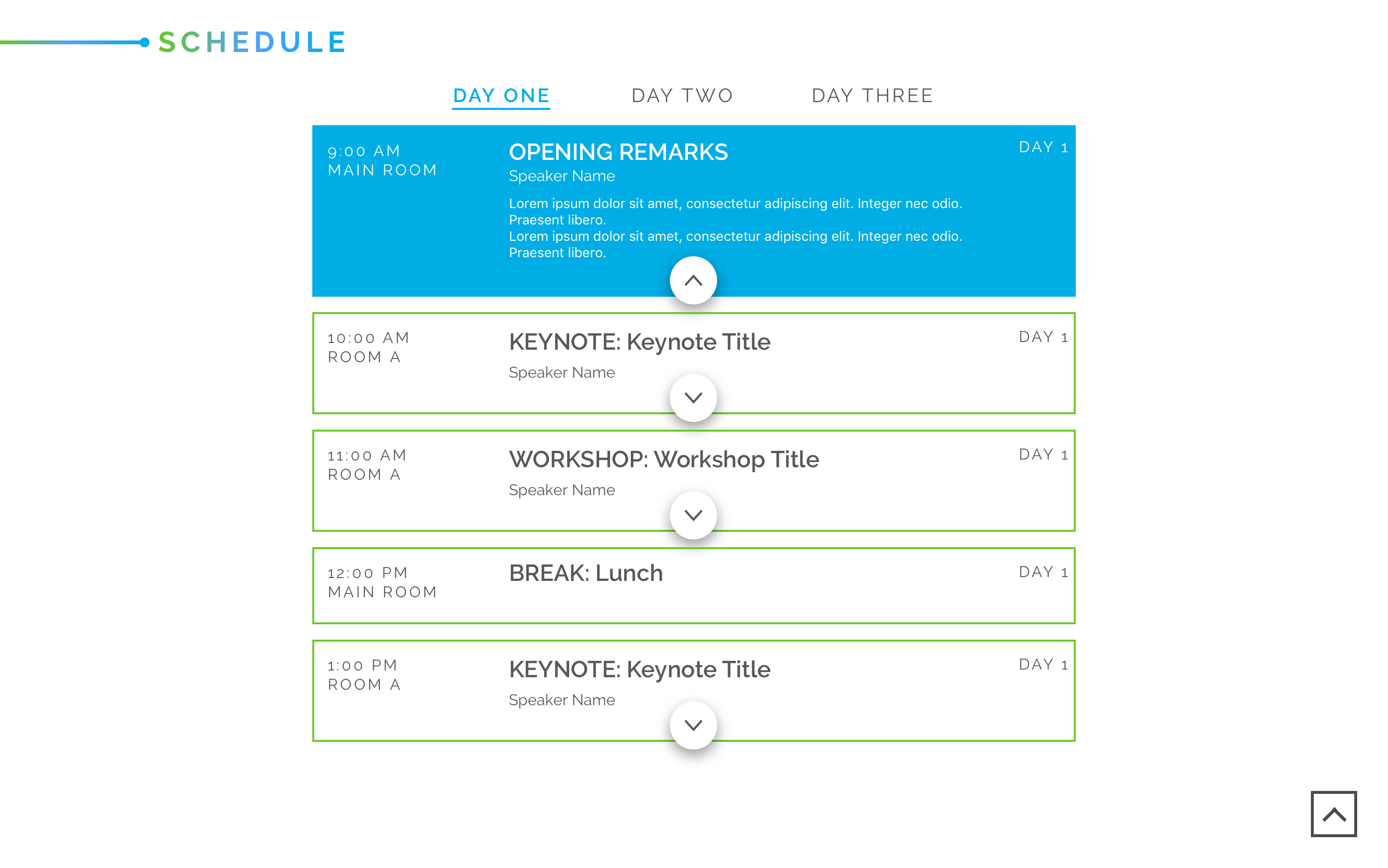 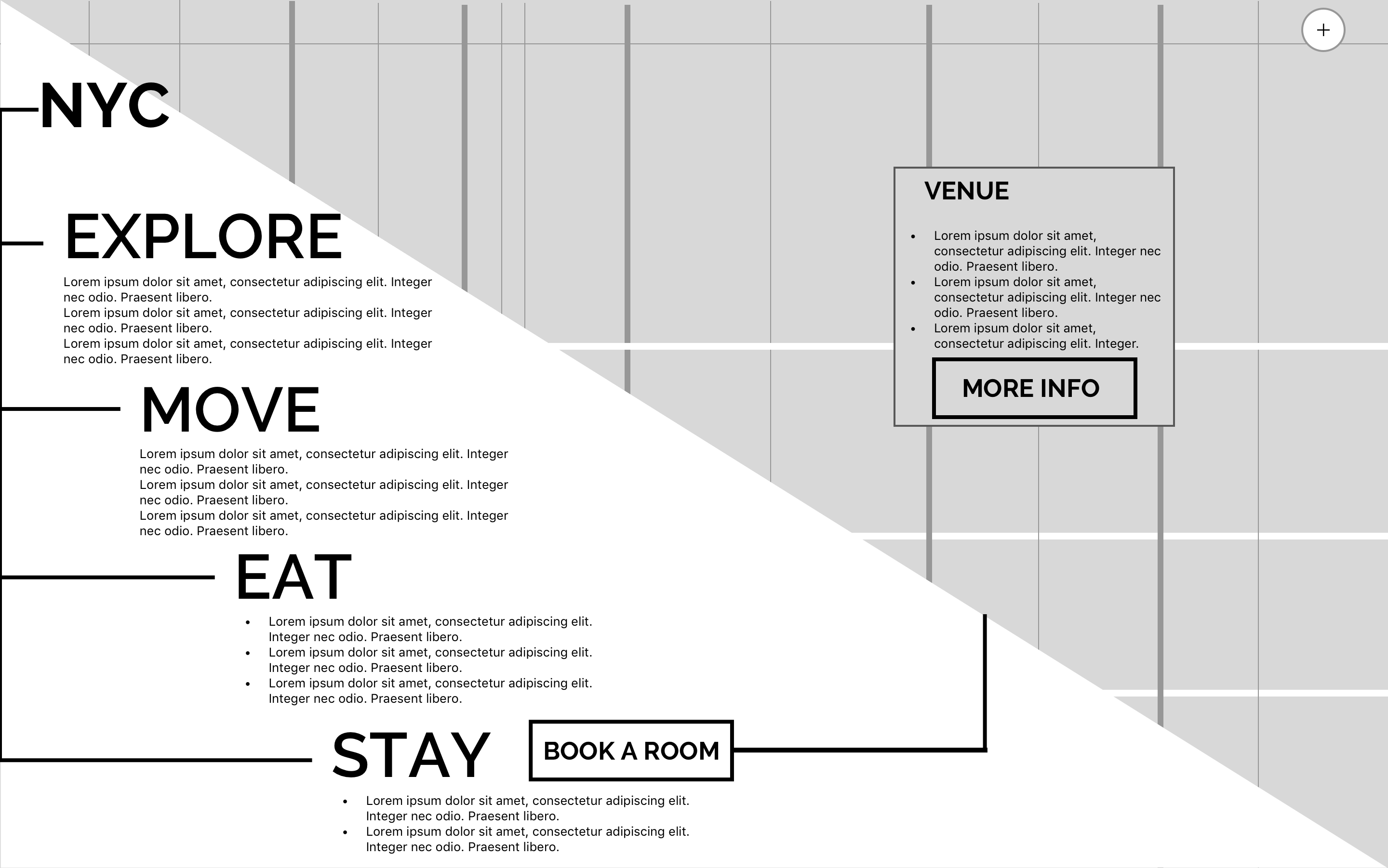 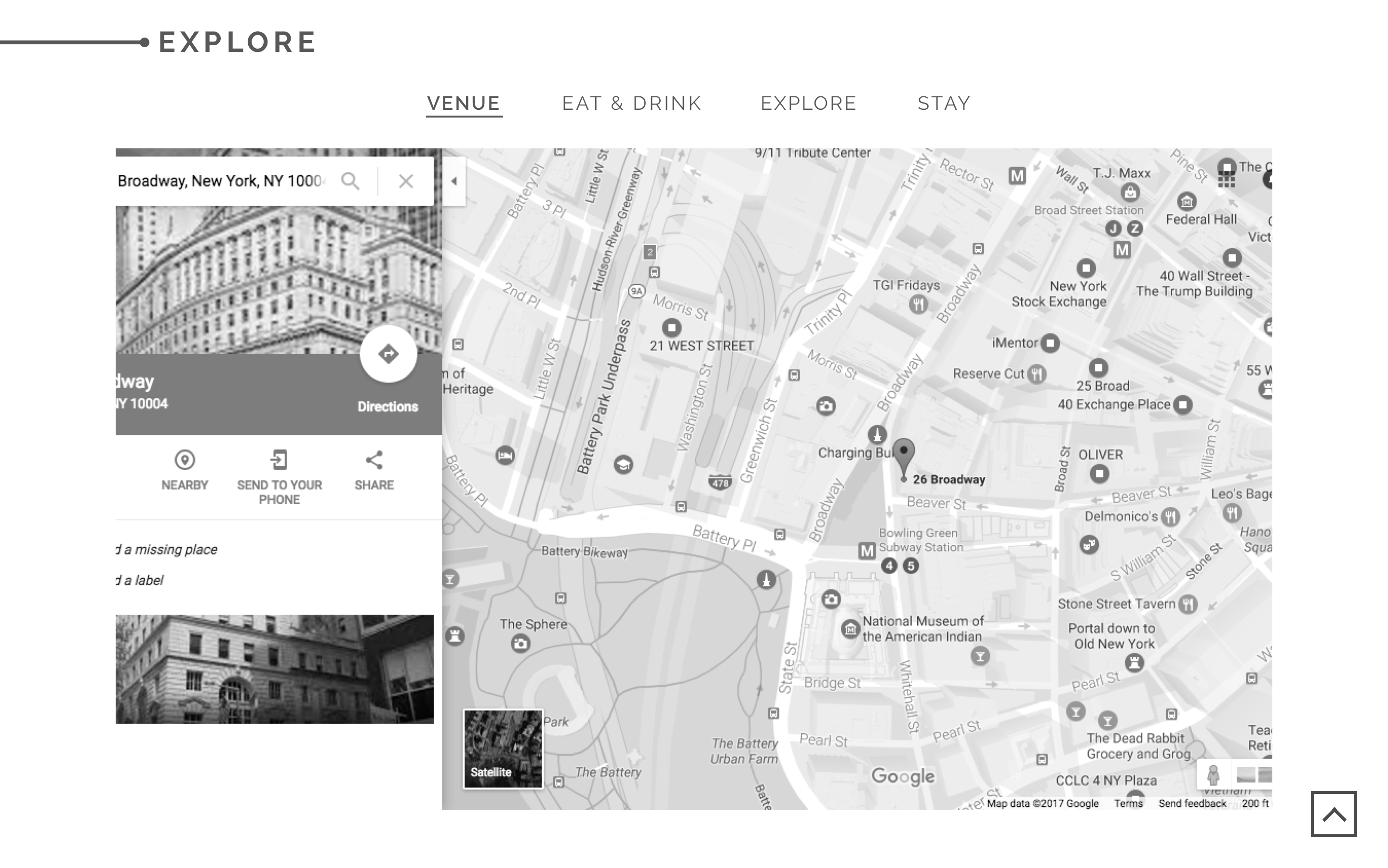 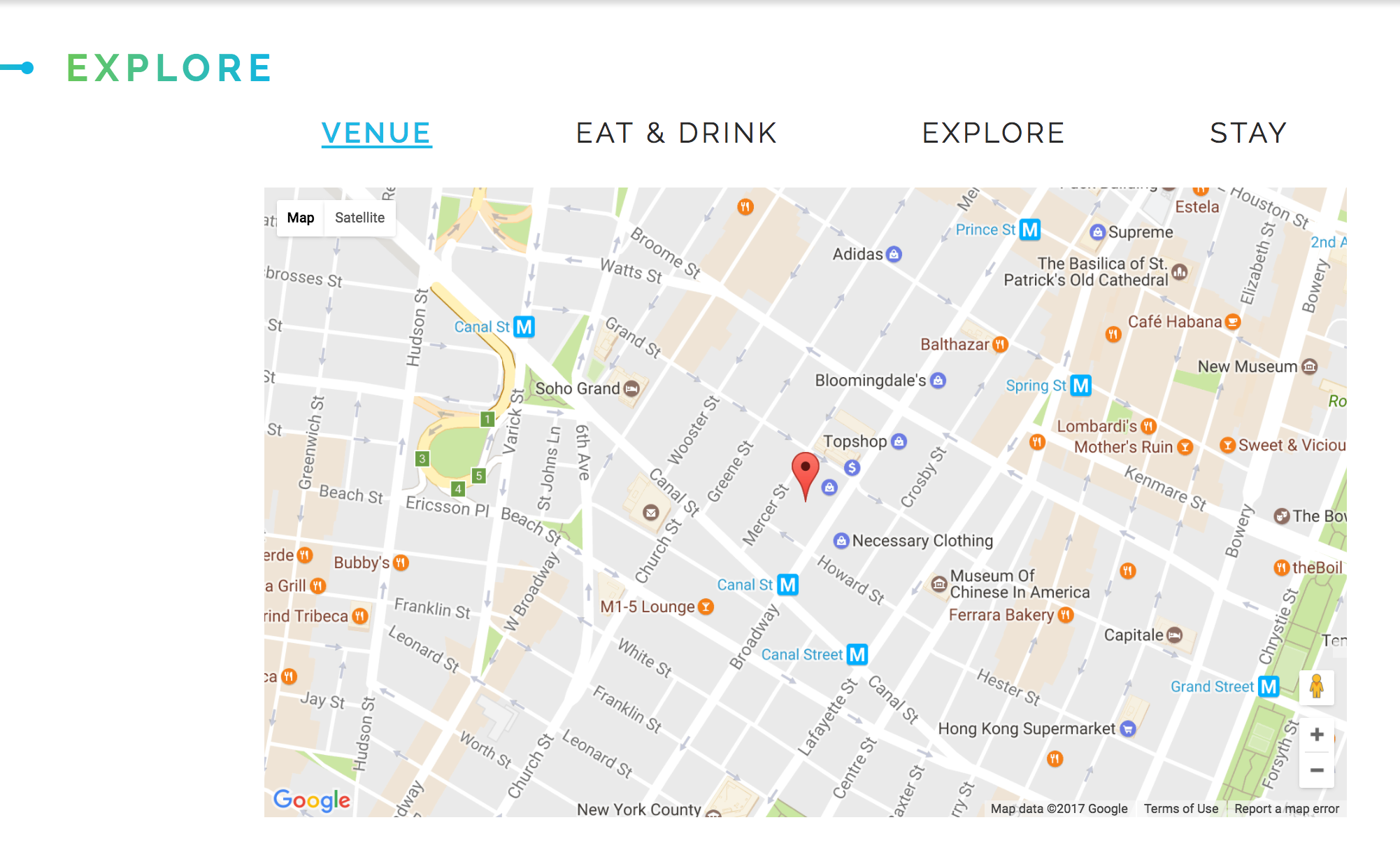 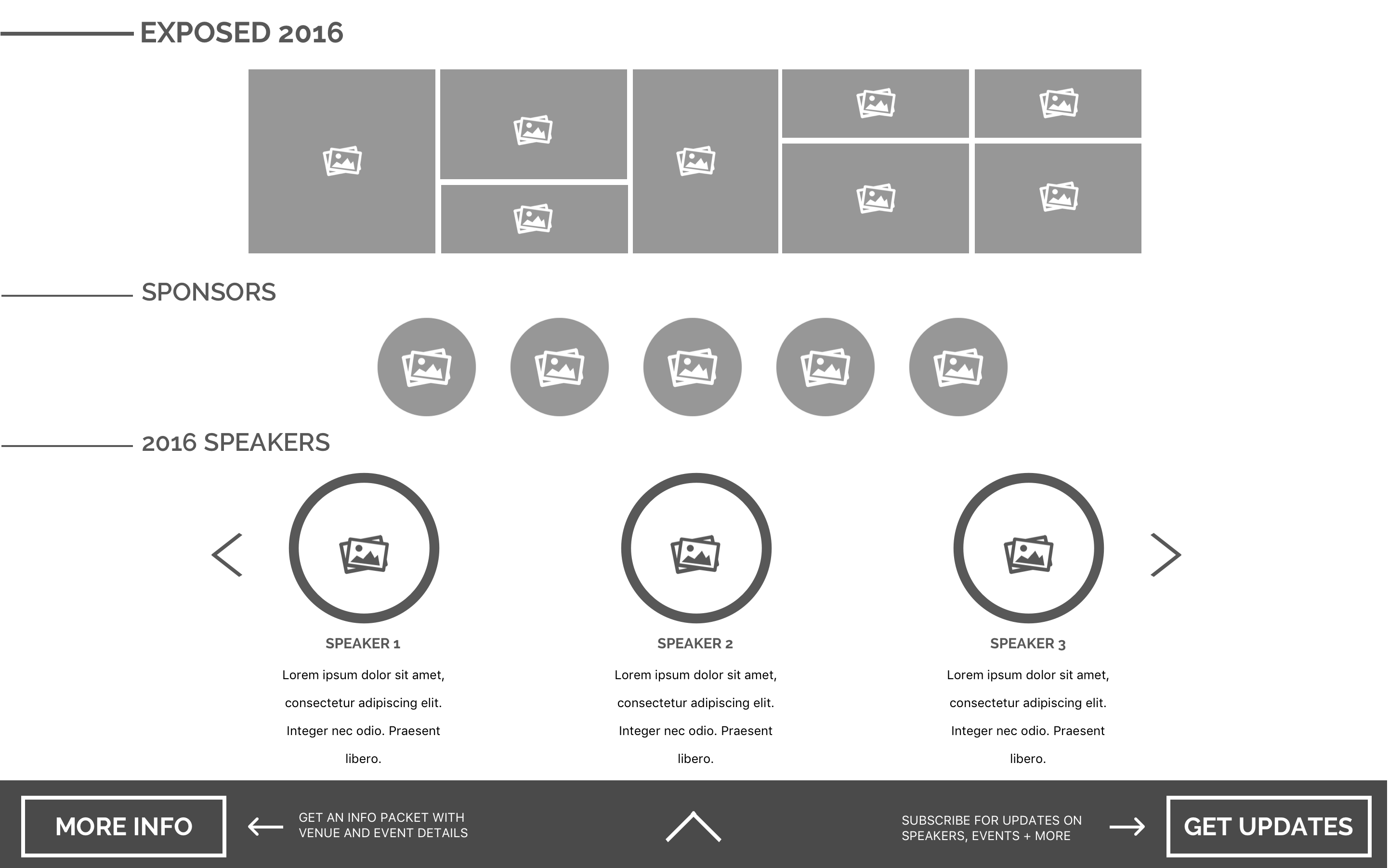 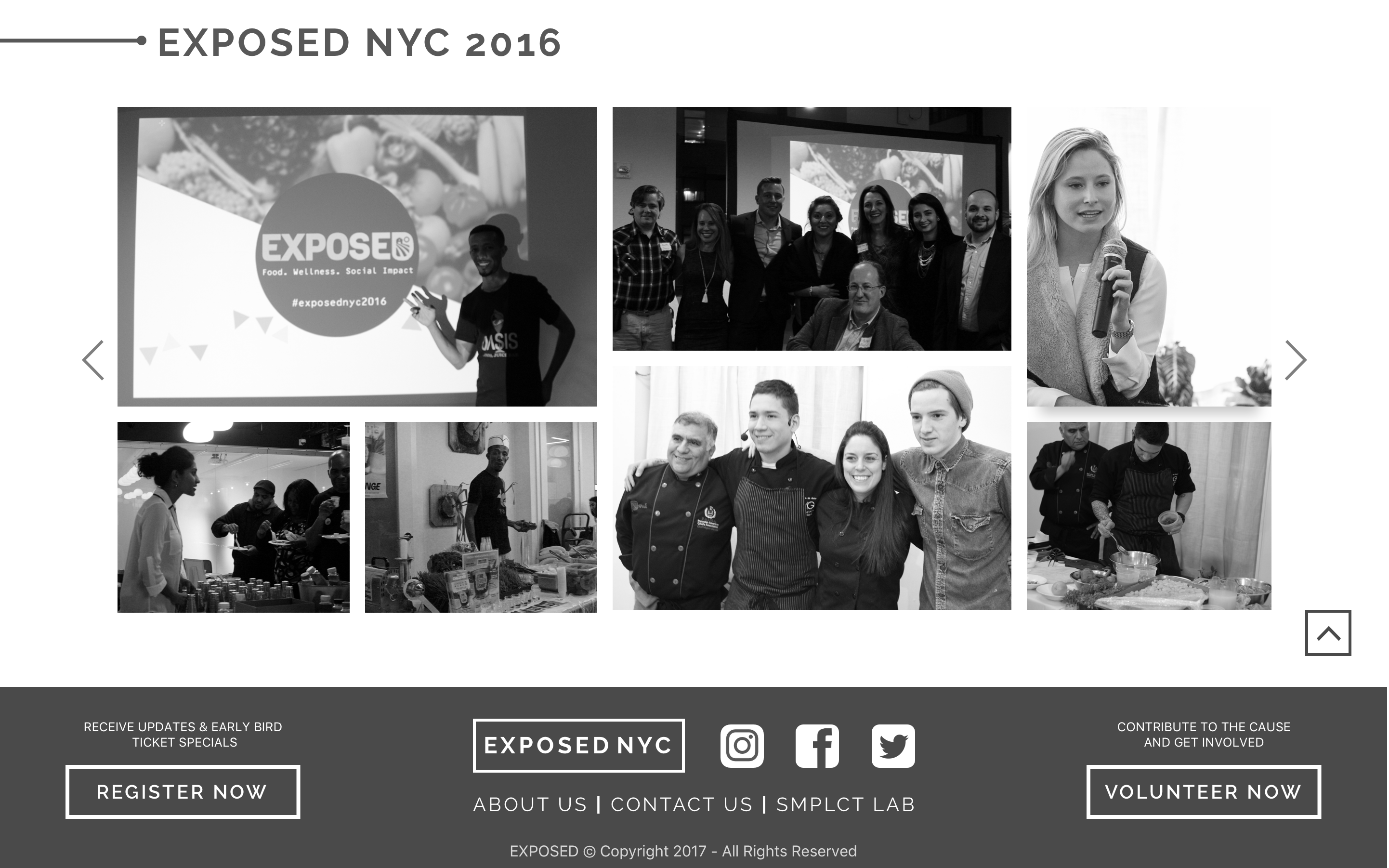 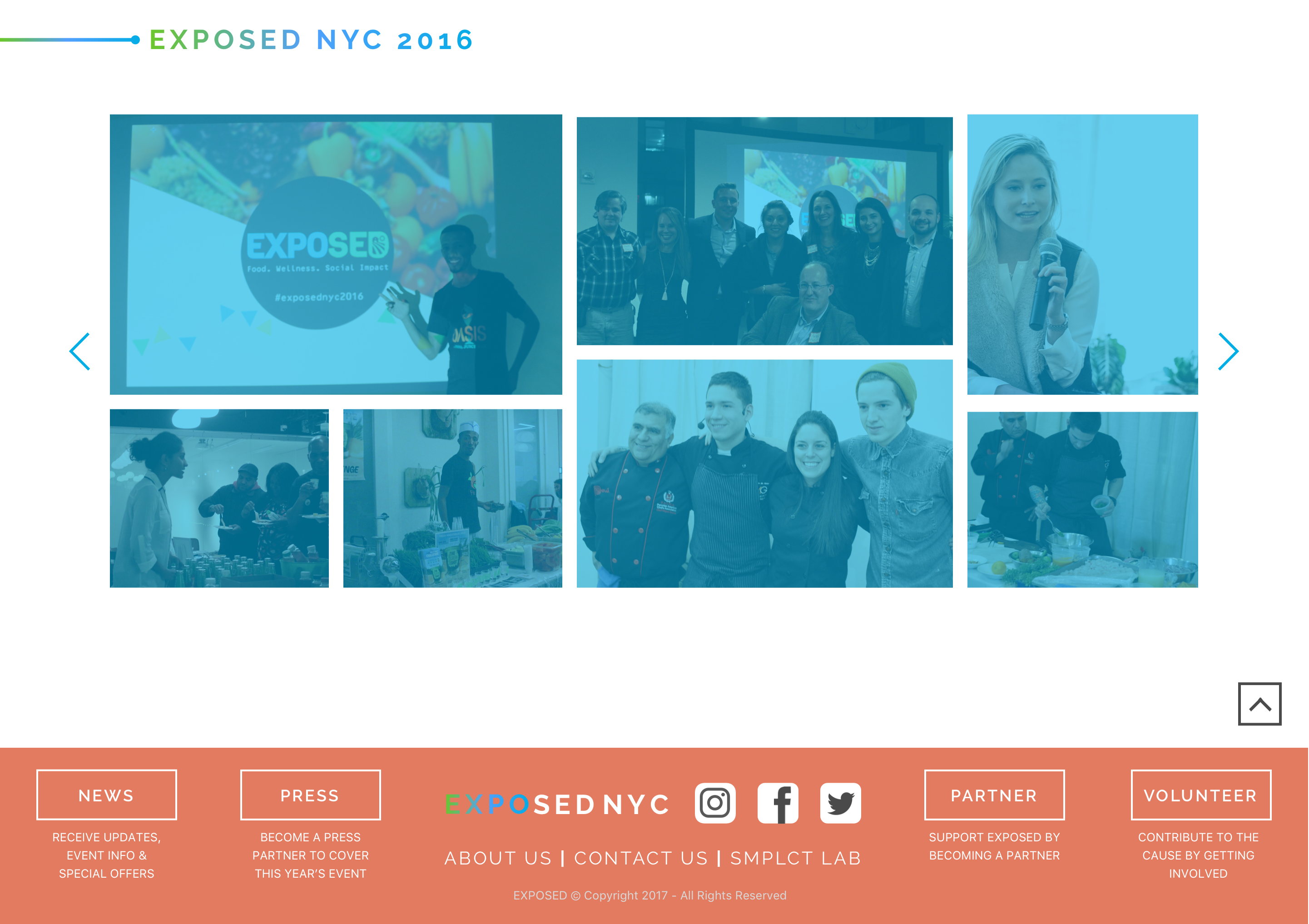 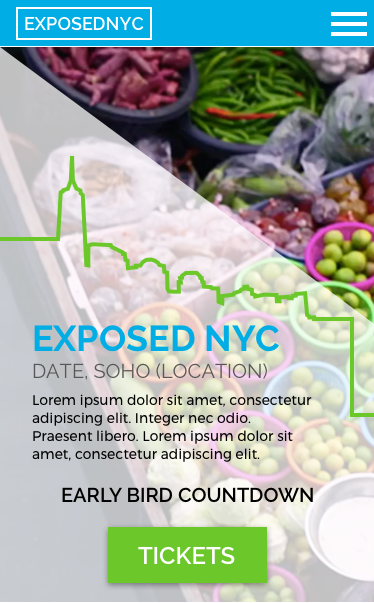 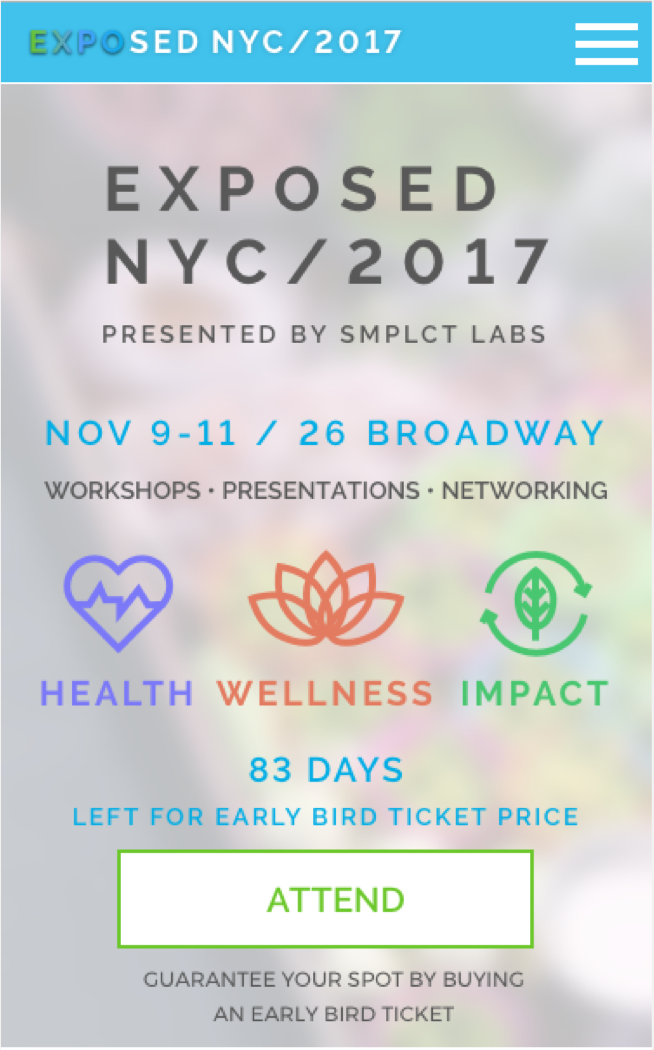 Click to expand to full-scroll images
We designed mobile-responsive versions of the site that reflected our desktop designs.

Our development team dealt with a few issues in coding our team's design that led to some site changes; namely, we had to make changes to the site's hero image, as there were issues with the line-responsiveness and the amount of elements that had to become responsive.
SMPLCT Lab is in the process of making our site live.
FINAL RESPONSIVE SITE (currently hosted on GitHub)
View Responsive Site